DAY OF THE DEAD IN MEXICO

Día de Muertos is one of the most iconic Mexican traditions because of the whole ritual around this date, November 2. There are different events around Puerto Vallarta, showing locals and visitors the mysticism behind this celebration.

The Day of the Dead celebrations can be traced back to more than 3,000 years to indigenous cultures such as the mayas, purepechas, totonacas and mexicas. The ritual that originated the celebration of this day took place in the ninth month of the mexica solar calendar about the beginning of August and was celebrated for an entire month. The celebrations were headed by the goddess Mictecacíhuatl (Lady of Death), and her husband Mictlantecuhtli (Lord of the Land of the Dead).

One way of celebrating this day is the building of the traditional altars or shrines of the dead, an offering dedicated to a loved one, with all their favorite foods and drinks. It is believed that the dead return on this day to be with the living and enjoy everything they used to when alive.

Celebrities from around the world also tend to be topics of altars by those who admired their work or were influenced by it.

One of funniest ways to celebrate this day, are the calaveras (skulls), consisting of allusive rhymes, describing interesting habits and attitudes or funny anecdotes of the dead, using the best of Mexican wit to create the best rhyme or poem. What also makes this day very special is to eat “Pan de Muerto”, sweetened soft bread shaped like a bun, often decorated with bone-like pieces.

The UNESCO honored this indigenous festivity Day of the dead as a Masterpiece of the Oral and Intangible Heritage of Humanity at a ceremony held in Paris, France on November 7, 2003

In Vallarta this day is celebrated with various activities in several shopping centers around the city, schools at all levels have contests in altar building and rhymes. Around City Hall there are exhibitions of altars around the building, where you can enjoy Mexican creativity and take pictures of these pieces of art.

Contrary to what many would expect from a day celebrating the dead, it is a day full of colors, smells and tastes to be enjoyed around family. 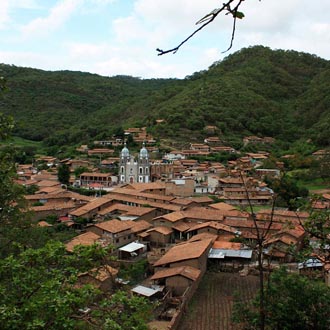 Located just a couple of hours drive from Puerto Vallarta, the beautiful town of Mascota offers a cool climate with red roofed old houses and cobblestone streets that lead you to estates and mansions built during the nineteenth century . Read more 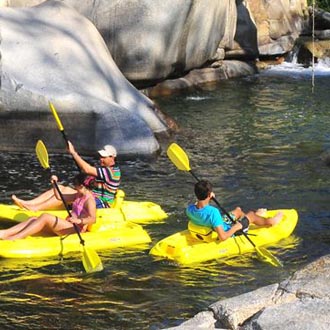 Most visitors to Puerto Vallarta and head north from the airport to the beautiful hotels and beaches of Marina Vallarta, the Hotel Zone, the Romantic Zone and the districts of Southern Puerto Vallarta like Conchas Chinas or Mismaloya. But located just fifty minutes to the south of the airport lies Las Juntas y Los Veranos: The other side of Puerto Vallarta. Read more 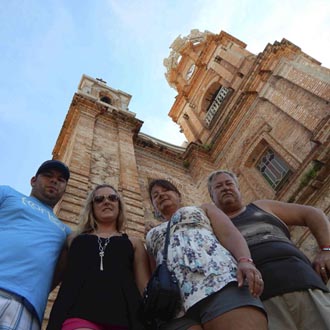 EXPERIENCE THE HISTORY OF PUERTO VALLARTA IN TWO HOURS

Discover the Historic Center of Puerto Vallarta. Two paths, two schedules, highly trained guides, an accessible meeting place, about two hours of walking through the most legendary places of the city; I'm talking about the Free Tourist Tours of Puerto Vallarta. Read more