PUERTO VALLARTA IS THE FRIENDLIEST CITY IN MEXICO

The city of Puerto Vallarta, which recently celebrated its 97th birthday, was the only Mexican City to be featured in Travel Leisure’s list of “Friendliest Cities in the World” in the travel magazine’s annual World’s Best Awards.

The results of the magazine’s annual survey of its readers, Puerto Vallarta has ranked as one of the top 10 cities in Mexico, Central and South America since 2011 but this is the first time it has ranked in the Friendliest City list which were announced on August 28 of this year.

Now on its 20th edition, the World’s Best Awards survey results reveal rankings of hotels, cities, islands, airlines, tour companies, spas, and more, based on readers’ ratings in a range of categories.

Surrounded by the Bay of Banderas and embraced by the Sierra Madre mountain range, Puerto Vallarta is divided into the luxurious section of its Marina, its indulgent hotel zone and its historic downtown and Zona Romantica. With over 365 restaurants and an endless array of outdoor activities ranging from heart pumping to relaxing, foodies and adventure seekers will find a myriad of culinary experiences and adventures to enjoy.

Puerto Vallarta is one of the most acclaimed destinations in Mexico and continually receives accolades from the media and visitors alike. Tripadvisor’s consumer base of more than 2 million monthly named it #2 overall best Mexican destination for the 2014 Traveler’s Choice Award and US News 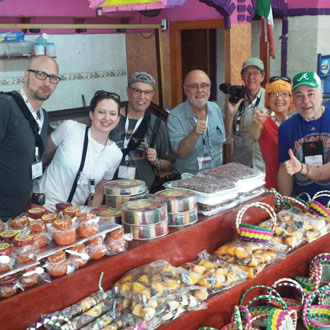 A year after the Puerto Vallarta edition of the North American Travel Journalists Association (NATJA) conference & marketplace, the largest conference of US/Canadian media to take place in Mexico, the Puerto Vallarta Tourism Board is proud to report that the record-breaking conference has resulted in over 200 editorial items with over 4 million USD in Public Relations. Read more 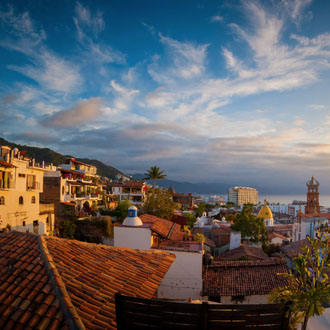 The Puerto Vallarta Tourism Board announced that the final month of the year will top a successful 2015 with over 90% occupancy rate. Read more 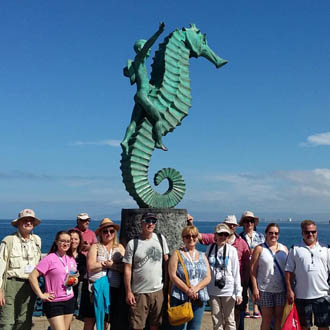 The Puerto Vallarta Tourism Board and its long-time public relations agency for the US and Canadian markets, LATITUDE , have been awarded with the prestigious Gold Adrian Award by the Hospitality Sales & Marketing Association International (HSMAI) for its work with the North American Travel Journalists Association (NATJA) and organization of its annual conference. Read more