Puerto Vallarta, a favorite beach destination amongst travelers from all over the world, but especially from the United States and Canada, has good news for you. The time to start planning a trip to this enchanting beach town by the Pacific is here, as airlines are starting to renew their flight schedules after a long period of restrictions due to the global health situation.

In 2019, Puerto Vallarta had one of its best years in terms of tourism; it was the best-connected destination in Latin America, with direct flights to a total of 16 Canadian cities. According to Datatur, Canada and the United States are the countries with travelers that visit Mexico the most, and Puerto Vallarta being one the most-sought destinations.

Since October 2021, passengers coming from various cities in these two neighboring countries are able to visit Puerto Vallarta again. Heavenly beaches embraced by lush jungle and majestic mountains, unique sunsets, culinary delights, Mexican traditions, adventure, a vibrant nightlife, and so much more is waiting for you in The Friendliest City in the World.

Airlines travelling from the United States, such as American, Delta, United, Southwest Airlines, Alaska Airlines, Frontier, Spirit, and Sun Country Airlines have been flying to Puerto Vallarta since last summer, coming from 19 main cities across the country such as Chicago, New York, Houston, San Francisco, Los Angeles, Dallas and Denver. They have been gradually increasing the number of flights, and now they have amazing deals so you can end the year by the beach, whether it be with your family, friends, or partner. JetBlue Airlines will be flying from New York City as of February, 2022.

For the last quarter of 2021, after a six-month hiatus, various Canadian airlines are announcing the return of their direct and connecting flights back to this enchanting beach destination. More than 15 Canadian cities will be connected to Puerto Vallarta once again!

Air Canada started flying back to Puerto Vallarta from Vancouver International Airport. Five flights arrived to our destination during October, with around 845 passengers. Canadians can again enjoy the ideal climate that prevails during this time of year, with temperatures between 77° and 89°F (20° and 32°C).

During November, 3 weekly flights come from Toronto. From December 3rd, flight traffic will increase to 4 per week, and by the end of the month, just before Christmas and New year, the amount will increase up to 5 flights per week.

Citizens coming from Calgary will also have more flying options to this heavenly paradise. A weekly flight on Sundays started flying on November 7th, and as from December 22nd two flights per week. Flights coming from Montreal started arriving to Puerto Vallarta as from November 6th with a frequency of 3 per week and for the last week of the year there will land in this Mexican beach destination 3 times per week.

Other Canadian airlines will also be returning to this paradise by the Pacific in these coming months. Westjet re-initiated flights from Calgary on June 5th. Transat resumed flights from Montreal and Toronto as from November; Sunwing is relaunching flights during the same month, leaving from Toronto, whereas Swoop airlines restarted flights on October 5th, coming from Hamilton and Edmonton; and from Toronto and Abbotsford as from November 3rd, and launched a new route from Winnipeg on November 4th.

Travelers coming from Europe will be visiting our beaches soon as well. After a long suspension of more than a year, TUI Airways UK, the third largest airline in the United Kingdom, returned to Puerto Vallarta as from November 3rd, via a weekly flight from the city of Manchester. From November 25th, a flight from London Gatwick will also be flying to Puerto Vallarta with approximately 600 passengers on a weekly basis. English tourists have been coming to Puerto Vallarta before 2020 as the main European travelers to the destination, so we’re more than happy to welcome them back!

The Dutch subsidiary of TUI has also announced the return of their commercial alliance with the Mexican airline Aeromexico, and they are currently connecting passengers arriving to Mexico City to our heavenly beaches as from November 1st and until the end of March 2022.

The Spanish airline WorldFly2 will have a direct flight to Puerto Vallarta as from July, 2022 aboard its Airbus A350, just in time to enjoy the summer in this magical destination.. But in the meantime, Spanish travelers will be coming back to Mexico and arrive via Aeromexico at Guadalajara International Airport as from December 15th, and well, this amazing beach destination Is so close to the main city in the state of Jalisco, that we’ll be excited to welcome them to this paradise by the Pacific.

It is worth saying that The World Travel and Tourism Council (WTTC) gave the Safe Travels Stamp to Puerto Vallarta, in recognition of the strict hygiene and safety standards followed in all its facilities, so rest assured you will feel safe when you visit. Health, disinfection, and prevention measures are being strictly followed at the International Airport, hotels, restaurants, tours, activities, public transport, supermarkets, and government offices. In order to facilitate and speed up your arrival at Puerto Vallarta International Airport, we recommend reading and filling out your entry form at the following link: Puerto Vallarta arrival and departures protocols

So, time to forget about the cold weather, leave the hustle n’ bustle behind, and spend days, weeks, or months, in a place where you will surely feel at home. Make sure to check out our directory when planning your trip.

Here in Puerto Vallarta, we are thrilled to welcome you back! 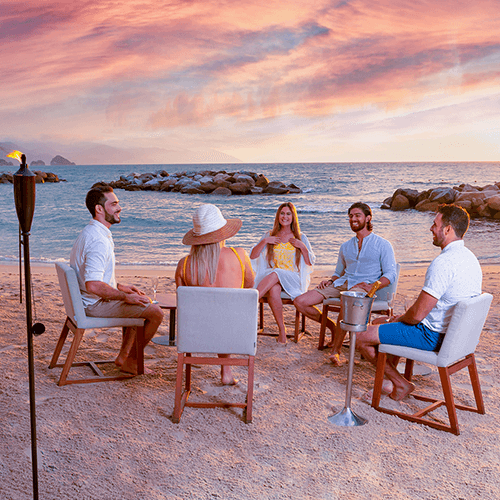 ​​Puerto Vallarta, your best option to plan an incentive trip

One way to encourage motivation amongst your work team is travel incentive, which has become a part of small and big corporations for a couple of decades now, and in Mexico it has been gaining importance over the last years, where Puerto Vallarta has been positioned as a top destination for travel incentive. Read more

Beautiful Catrinas and pan de muerto, two icons of The Day of the Dead

November is almost here, and with it, a time where colorful altars are seen all over Mexico to honor the dead, as well as calaveras (Day of the Dead sugar skulls) in their homes or in public places such as restaurants, or even complex and beautiful designs painted in people’s faces turning them into elegant catrinas and catrines. Read more 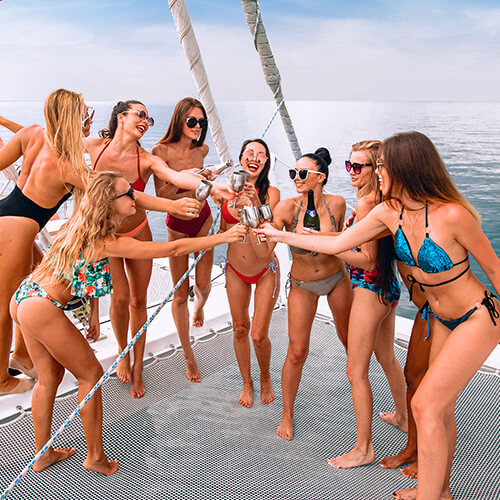 ​​Your bachelor/bachelorette party in Puerto Vallarta

If you’ve recently said Yes! to your beloved one, and will both be soon sealing your love story, here we share the best tips for an original and our of the ordinary bachelor and bachelorette party in a wonderful place such as Puerto Vallarta, with its stunning natural scenarios, land and water activities, and world-class service. And just because the end of a cycle deserves a celebration, we dare you to take a look at these incredible ideas to plan ... Read more