Things to do, Places to See in the Romantic Zone

In Puerto Vallarta, the area south of the Cuale River and west of Insurgentes Street down to the sea is currently known as the Romantic Zone.

It is a central area of Puerto Vallarta that strives to maintain an identity of its own, that encompasses a lot of attractions for visitor to enjoy and that makes an important part of the destination’s history.

Olas Altas, Los Muertos Beach, Pilitas and Conchas Chinas are landmarks in the city’s tourism and are part of the traditional Puerto Vallarta that we keep so dear.

1. Mozayko Mural. The work of artists Natasha Moraga y Daniel Moragan, this mosaic mural is located on Pino Suarez Street. It was completed in 2013 and ever since it has become a must, a great photo opportunity for visitors. 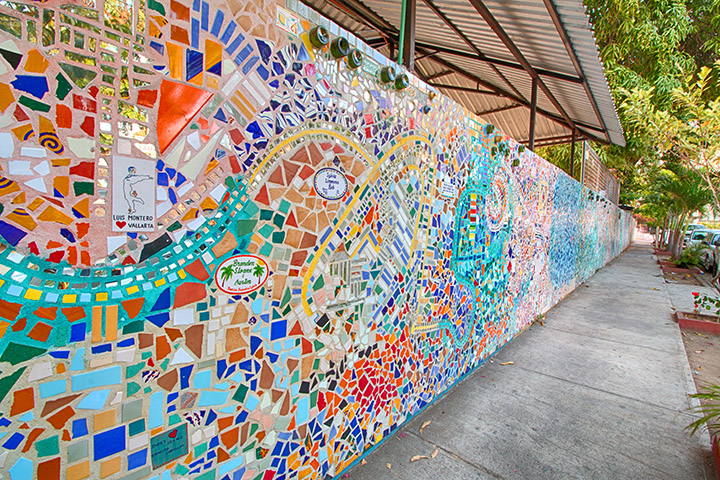 2. Art Galleries. Puerto Vallarta distinguishes itself as one of the destinations with the largest number of art galleries in Mexico. Many of them are located in the Romantic Zone, and on their walls they display the works of nationally and internationally renowned artists. 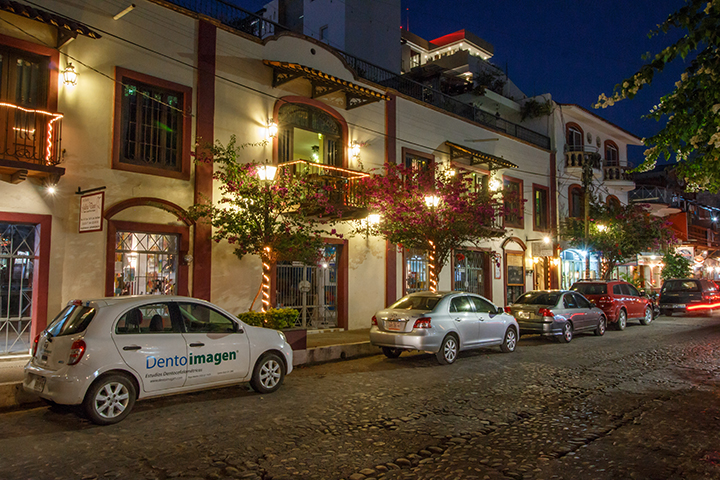 3. Gastronomy. A visit to the Romantic Zone is not complete unless you visit its restaurants and cafés. Some of the best restaurants in the destination are found here, as are cozy cafés, some of which have outdoor tables, to make a morning a more pleasant one.

4. Los Muertos Pier. This work of modern engineering was dedicated on January 2013. Located at the end of Francisca Rodríguez Street, today’s pier emphasizes visual impact and it is one of the greatest attractions in the area. At night it boasts an impressive lighting. 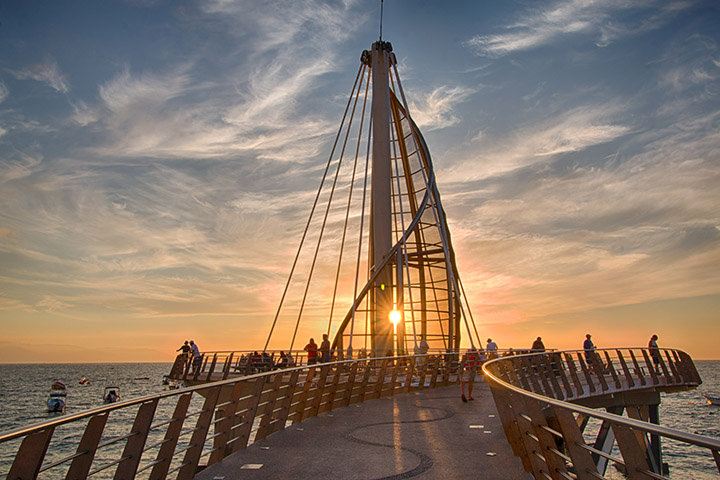 5. Farmers’ Market. Every Saturday, the Lazaro Cardenas Square hosts the Farmers’ Market, which brings together over 80 vendors. Every product you can find here has been made, baked, or grown by the vendors themselves, who all live in the Puerto Vallarta area. 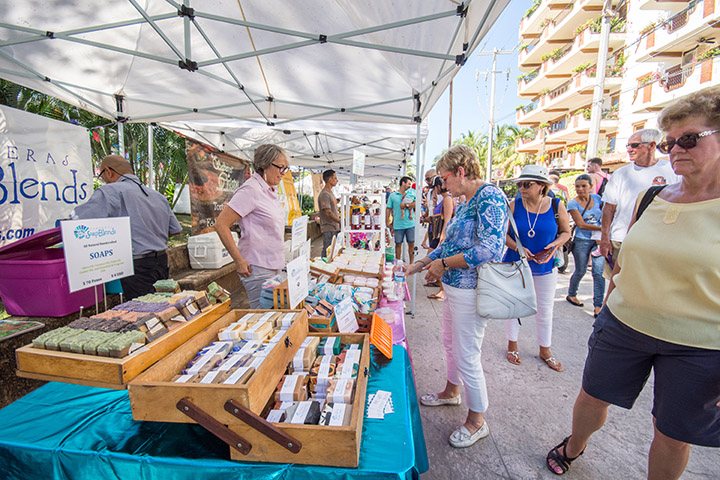 6. Basilio Badillo Street. One of the most important streets in the Romantic Zone is Basilio Badillo, a picturesque street teeming with cafés, restaurants, stores and art galleries that is a delight to stroll along. Many of these places are considered icons of the Zone and the city. 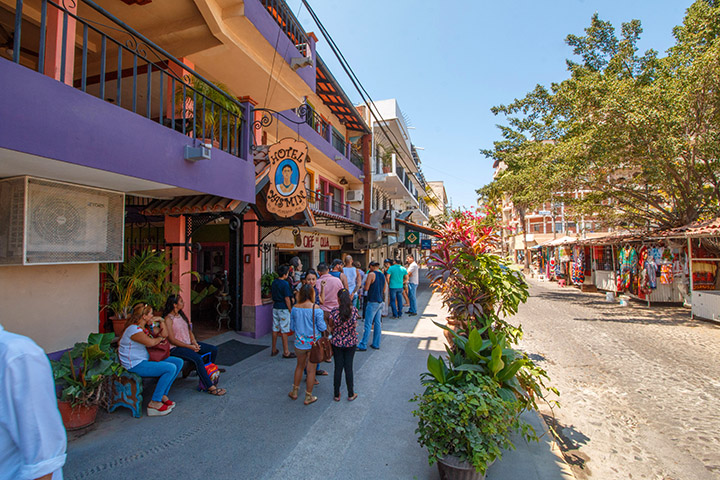 7. Olas Altas Street. Olas Altas Street is one of the busiest streets in the Romantic Zone. Since it runs parallel to Los Muertos Beach, it is the route of those living in the southernmost end of the Zone and it is bordered by cafés, hotels, shops and restaurants. 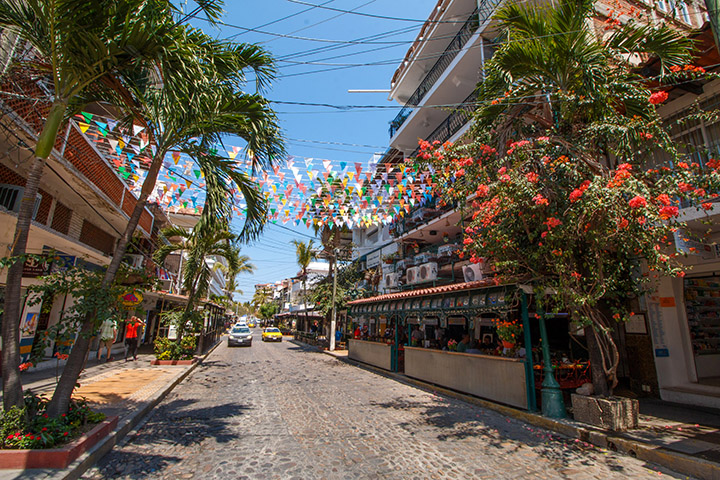 8. Olas Altas and Los Muertos Beaches. These beaches are two of the most traditional ones in Puerto Vallarta and they are found in the Romantic Zone. There is no doubt, watching the sunset from the beach, either lying on the soft sand or sitting comfortably at a beach restaurant table, can be the romantic highlight of your vacation. 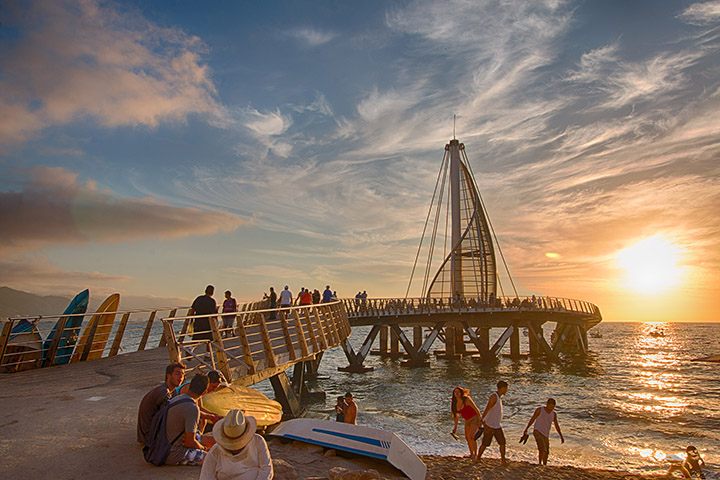 These are only a few of the many things to do and places to visit in the Romantic Zone; there is so much more to enjoy, day or night. 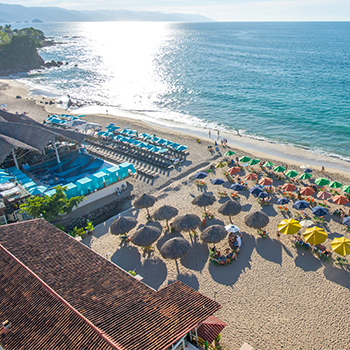 One of the most eagerly awaited dates in the Mexican festivity calendar is getting near, the Easter holiday. It is the longest weekend in the year, when everybody gets four days off, which allows for planning a nice vacation on the beach with the family. Favorite destinations this time of the year are those on the beach. Read more 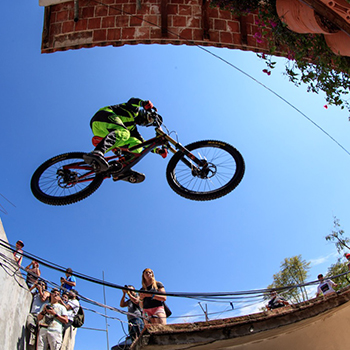 For the First Time Ever, Down Puerto Vallarta Comes to Town

Recently the announcement was made of a "Downhill" biking event downtown Puerto Vallarta, to take place on April 29 and 30. It is the first edition of Down Puerto Vallarta, a series of competitions in Downhill, Slope style and Freestyle modes. Read more

9 reasons for visiting Puerto Vallarta this 2017

Pacific Ocean and Sierra Madre Occidental give to Puerto Vallarta an unmatched weather, such a warm atmosphere you can’t miss to start 2017 with the best energy! This beach town has all that you need to have a great time. Read more