Whale watching season officially starts on December as hundreds of Humpback whales arrive off the coast of Banderas' Bay and Puerto Vallarta.

Their annual migration from the cold waters of Alaska brings them as far down as the Banderas' Bay where they will procreate and raise their young in our warm waters.

As the newborns don't yet possess the required amount of body fat to insulate them from the cold water in the North pacific, spending the winter in our area gives them the time they need for development. By March, they will be strong enough for the long journey back towards Alaska.

While females nurse the calves and teach them behaviors such as breaching, spy hopping, and tail slapping, the males are courting the females - singing in long, repetitive voices trying to get the chance to mate. Many boats will drop a microphone into the water so you can hear firsthand the enchanting, haunting, songs from under the water.

Every year from December through March, whales can be seen from the coastline; a short walk on the beach will produce the sighting of a blow hole erupting, a slapping fin, or the most spectacular view of them all: the male back flip.

Males keen on impressing females with their size will jump entirely out of the water, roll in the air and land on their back in a big splash - no small task at a weight of 30 tons. Of course, this show is much more thrilling when it's done just dozens of feet away while you're sitting in a boat. Hence, the enormous popularity of the whale watching tours.

The Humpback Whale is a protected species so there is no touching or feeding, but quite often the whales will put on a show for the boat's strange inhabitants, seeming to enjoy their clicking cameras and the "oohs" and "ahhs."

A typical whale watching expedition will take between 2-4 hours and will include breakfast on board. Once a whale has been spotted in the distance, the boat will race towards it, stopping at the required distance to allow cameras to roll. The cries of joy and astonishment, the streams of water coming out from the blowhole close by you, the playful splashing of the mothers and young, and their smiling faces (the curve of their mouths will make you swear they're smiling at you,) makes for an unforgettable experience.

When the giant mammals disappear under the water, the photo comparing and chatter resumes until the next whale appears in the distance and the whole show repeats itself again. 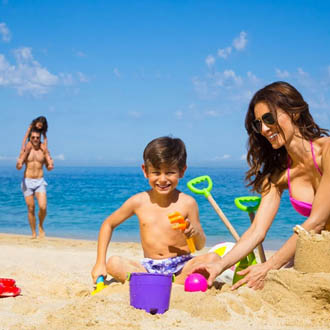 Spanish classes, cultural events, zip-lining, paddle boarding and baby alligators are just some of the few reasons why Puerto Vallarta continues to be one of Mexico’s top family destinations. Summer time is the low season for Puerto Vallarta and a provides for a fairly secluded destination for families to play together. Read more

Residing with four clearly defined seasons exposes you to a broad variety of experiences, adventures, and living. But after just so many wintery days, there comes a time to escape the cold and snow, and travel to a breathtaking location of sun, sea, and sand, somewhere where you can warm up, in a place which offers non-stop activities ranging from leisurely to extreme. Read more 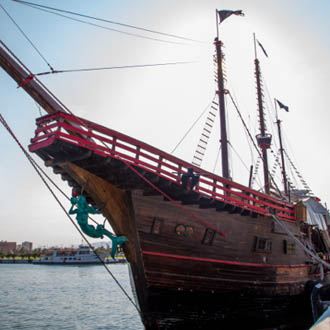 We all have a thing for pirate history and for great characters like Jack Sparrow, and it’s really no wonder since the adventurous and fun life they lead calls out to more than a few of us. If you come to Puerto Vallarta you will find an experience that will transport you to the era of enigmatic pirate stories. Yes, we're talking about the pirate ship known as the Marigalante , which offers a tour that is an absolute ... Read more