The fifth edition of Vallarta Pride Festival is coming up soon! On the days from May 21 to 28, 2017, this celebration takes place, which is not only fiesta and music, but it is also the time of the year that fosters a positive attitude against discrimination and violence, and promotes self-affirmation, dignity, equality of rights, while building community and celebrating diversity.

This year the festival includes an extensive event calendar. There will be events all week, starting with welcome parties through the weekend of May 20 and 21. There will be pool parties every day, with different themes, and of course the traditional and famous Drag Derby. For the first time ever there will be a street party on Lazaro Cárdenas Street, between Vallarta and Constitution streets, bringing together 7 Romantic Zone LGBT clubs to produce an unprecedented fiesta. Also, the calendar includes four women-only events, which is also a first.

This year the pride parade officially marks the beginning of the festival, by being held on Wednesday, May 24, at 19 hours. It will depart from the Sheraton Hotel and go down the Malecon and beyond to Lazaro Cardenas Street.

The festival’s International Ambassador is New York singer Johnathan Celestin, who composed the song “Be-You-tiful”, which deals with equality and will be the musical theme of this festival’s edition.

The participation is also scheduled of renowned Venezuelan artist and activist Daniel Arzola, creator of the “I’m not your joke” campaign, developed to tell the world that being part of the LGBTQ community is not a matter of mocking, or insults, or jokes. The artist has designed five T-shirts, exclusive to the festival, each representing a letter of the LGBTQ initials. These T-shirts intend to convey this powerful message to each of the cities and countries visiting us, to show the world that Puerto Vallarta joins in this communication effort for respect and inclusion of diversity.

The festival also supports socially responsible causes like the non-profit organization SETAC. Which supports men and women by means of information, medication and counseling for HIV prevention and treatment.

Because it promotes a positive and inclusive approach to sexual diversity and gender variety, and because it does so by means of lively events filled rhythm and color, bringing fun, music, art and culture to the destination,Vallarta Pride Festival is certainly an event you don’t want to miss. 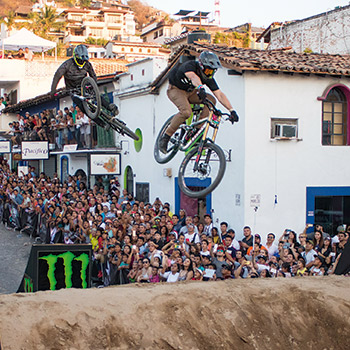 Down Puerto Vallarta in 10 Images

The First edition of Down Puerto Vallarta brought together locals and tourists alike downtown Puerto Vallarta, last April 29 and 30, for the most spectacular Urban Downhill race. Over 25,000 spectators lived exciting moments full of adrenaline on the sidewalks and balconies of Downtown. Read more 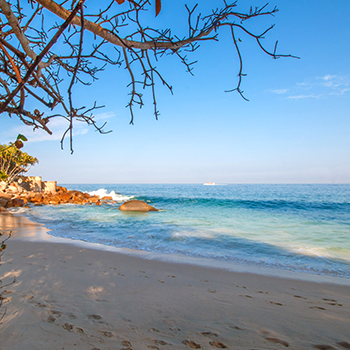 Las Gemelas Beach, Yours to Discover

Puerto Vallarta is a destination that holds many secrets worth discovering. Read more 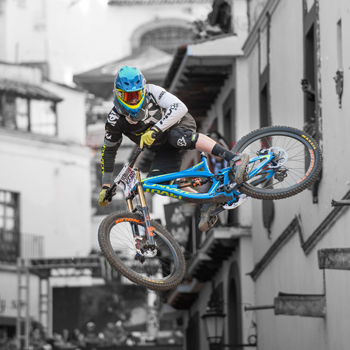 The date is getting nearer and the adrenaline is rising. A great downhill biking event will take place on April 29 and 30. Read more